The Journey So Far: a Bibliography of Blog Posts

This blog is where I write about life, history, faith, and art. Not all my posts are about my faith journey, but a majority of them are. In recent months, friends have asked about my similar writings. While most of these entries about faith come from periods in 2010 and 2011, there are a few from 2013 and 2014, and then in October of 2016 I began writing again in earnest.

Below is a bibliography of all my posts related to the theme of faith. I have put a star next to those that are my particular favorites. In 2011 I was also sharing my posts with the RPCC Women's Ministry blog (which still exists, by the way, though no one uses it). When I needed encouragement, inspiration, and a tangible hold on God's grace, I "penned" these words. May they be the same for you.

Monday, January 25, 2010
God is in the details
http://musingsinthemoments.blogspot.com/2010/01/god-is-in-details.html

Wednesday, February 10, 2010
So I guess I am fighting a battle
http://musingsinthemoments.blogspot.com/2010/02/so-i-guess-i-am-fighting-battle.html

Thursday, February 18, 2010
Love: a discussion subsequent to Valentine's and present in Lent
http://musingsinthemoments.blogspot.com/2010/02/love-discussion-subsequent-to.html

Sunday, February 28, 2010
Wanting to be me: thoughts on Joy and Faith
http://musingsinthemoments.blogspot.com/2010/02/wanting-to-be-me-thoughts-on-joy-and.html

* Friday, March 26, 2010
a Peg-board and the Great Carpenter
http://musingsinthemoments.blogspot.com/2010/03/peg-board-and-great-carpenter.html

Saturday, May 15, 2010
On Being Steadfast in the Desert
http://musingsinthemoments.blogspot.com/2010/05/on-being-steadfast-in-desert.html

Saturday, September 18, 2010
A Lasting Ordinance of a Faithful God
http://musingsinthemoments.blogspot.com/2010/09/lasting-ordinance-of-faithful-god.html

Sunday, April 17, 2011
Waiting: A reflection for Easter and Passover
http://musingsinthemoments.blogspot.com/2011/04/waiting-reflection-for-easter-and.html

* Sunday, May 22, 2011
The Grass is Greener Over There
http://musingsinthemoments.blogspot.com/2011/05/grass-is-greener-over-there.html

Monday, April 29, 2013
Garden Lessons: How Fragile We Are
http://musingsinthemoments.blogspot.com/2013/04/garden-lessons-how-fragile-we-are.html


"But This I Call to Mind and Therefore Have Hope"

The Redemption of Being Brought Low 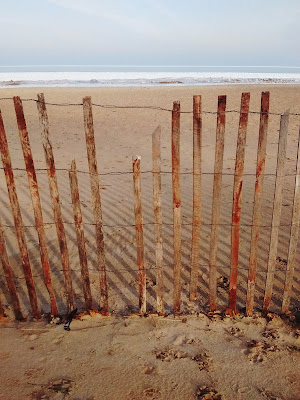 There have been many, many times that I feel the desire to write, but then I find myself poised with my fingers above the keys, and I find I don’t have the inspiration I need. This can go on for days or weeks. But then, without even voicing a prayer about it, God provides a word, an image, or an idea, seeming to shout, “write about me!”

I am reading through the books of both Joshua and John right now. I chose John to start off the new year, but Joshua presented itself when I remembered to use the Bible Study app “First 5,” that I had downloaded back in October (I highly recommend it!). It’s not necessarily an obvious pairing, but one common theme has emerged. And that is the theme of courage.

At the beginning of a new year, many people speak of resolutions or key words they will try to live by. I’m not one for this type of thing. But if were to choose one word I want to define this year, it would be courage. I would readily not classify myself as a courageous person. I have times of confidence and boldness, but usually I wallow in that horrible place half way between fear and faith. Yet these last two weeks reading of God’s command for Joshua to be strong and courageous, to not be afraid, to set aside discouragement, I asked myself, “if all scripture is God’s Word, how is this a Word for me?”

There is a passage in Isaiah that speaks a little bit more into my question:
Although the Lord gives you the bread of adversity and the water of affliction, your teachers will be hidden no more; with your own eyes you will see them. Whether you turn to the right or to the left, your ears will hear a voice behind you, saying, “This is the way; walk in it.”  (Isaiah 30:20-21)

The times when I need courage are hardly ever grand or explosive. It is in the daily decisions to be guided by God. To trust that He will go with me wherever I go (before and behind), and that His peace is with me, saying gently, “this is the way, walk in it.”

“Is it wrong for me to be sitting still?” This one of the hardest questions I pose to myself, almost on a daily basis. It’s high within the Christian vocabulary to speak about taking leaps of faith. But I’m going to tread out on a limb with this: sometimes I think we make leaping into an idol. A better question I should ask myself is, “What does risky faith look like for me?” Though my friends who have moved away are often models of what this looks like, I cannot and should not compare my own faith journey to theirs.

At the beginning of the book of Joshua, God says,
"Be strong and courageous, because you will lead these people to inherit the land I swore to their ancestors to give them. “Be strong and very courageous. Be careful to obey all the law my servant Moses gave you; do not turn from it to the right or to the left, that you may be successful wherever you go. Keep this Book of the Law always on your lips; meditate on it day and night, so that you may be careful to do everything written in it. Then you will be prosperous and successful. Have I not commanded you? Be strong and courageous. Do not be afraid; do not be discouraged, for the Lord your God will be with you wherever you go." (Joshua 1:6-9)

God was not only speaking of boldness for their military advancements. He was talking about strength and courage for all parts of their lives. The Israelites’ “leaps of faith” were when they stayed put and waited for the Lord to move or speak. They were not idle, they were striving to live according to the law They even set up pillars of remembrance, to recount God’s faithfulness.

The waiting is hard. I know that. Joshua knew that. Jesus even knew that. Multiple times in the book of John, Jesus is recorded as saying, “My time has not yet come.” As one with the Father, Jesus surely knew his timeline here on earth. But as a man, I bet he was a bit impatient with the badgering of his disciples (and mother!) who were beginning to understand God’s power and wanted to see Jesus’ supernatural abilities at work. At this point, if Jesus had been an ordinary man, he might have felt a bit like a fraud or a failure. I know I would have. As my expectations and hopes deflate, maybe Jesus’ words here can be an encouragement. Throughout scripture, we see that God’s timing is perfect. Therefore if we are holding onto a promise not yet fulfilled, we can confidently say, “my time has not yet come”—not with an inflated ego, but with faith, knowing that the Lord is continually weaving millions and millions of webs together, for His glory and our joy.

In the mean time, there are two more things we can learn from Joshua.

When Joshua encounters the commander of the Lord’s army at the end of chapter 5, he expects to receive detailed plans about the upcoming battle. Instead, he receives a call to worship:
Now when Joshua was near Jericho, he looked up and saw a man standing in front of him with a drawn sword in his hand. Joshua went up to him and asked, “Are you for us or for our enemies?”  “Neither,” he replied, “but as commander of the army of the Lord I have now come.” Then Joshua fell facedown to the ground in reverence, and asked him, “What message does my Lord have for his servant?”  The commander of the Lord’s army replied, “Take off your sandals, for the place where you are standing is holy.” And Joshua did so. (Joshua 5: 13-15) 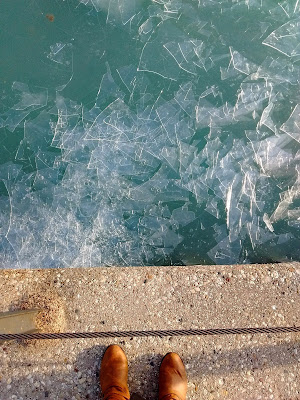 Lysa Terkeurst (one of the writers for the First 5 Bible Study app) says of this passage: “God is not only big enough to handle the battle before Joshua, but also loving enough to address the doubt, fear, and insecurity running through his mind.” Joshua is called to worship more, and worry less. If you’re anything like me, when something goes wrong or there is a daunting hurdle in front of me, the last thing I think of doing is worshiping God. Worry kicks into high gear, and once I breathe in and out a few times, I eventually turn to prayer. But worship? But Lysa points out that this type of change in attitude, “quiets us and strengthens us, perfectly preparing our hearts and minds for whatever battles lie ahead.” There is boldness in worship. Especially when we don’t “feel” it. In His mercy, God enables our hearts to catch up with our mouths. It might take some practice and lots of courage. We might feel like we are repeating the same Psalm or hymn over and over, but that is when we learn every spiritual practice is a discipline. A discipline that honors God and changes us. If this is how we are sitting still, then we are doing it right.

The second thing we can learn from Joshua is about the courage to just keep walking. At this point, a repetitive Veggie Tales song might be floating through your mind. . . whatever it takes to get the message across, my friends!

In Joshua chapter 6, the Israelites finally reach the city of Jericho. I won’t go into this too much because we all know the story, but suffice it to say, Joshua and the people of God were probably a little more than confused (maybe even angry) at these bizarre marching orders. Yet by the end of the chapter, we know that God’s plans and timing equaled victory! As simple as this story is, it is a powerful reminder of God’s command in the first chapter: “be strong and courageous, do not be discouraged.” Do not be discouraged by having to keep going when there’s no evidence of our situation changing. Keep walking. Or sitting... but actively moving forward in faith, holding tightly to God’s promise. In John 14:17 Jesus echoes this by sharing this promise with His disciples, "Peace I leave with you; my peace I give to you. Not as the world gives do I give to you. Let not your hearts be troubled, neither let them be afraid.”

Let us not be deceived into thinking this is an easy task. Waiting well is as difficult a thing as taking action. In the 15th chapter of John, lies the iconic analogy of the vine and the branches. I don’t know if I’ve ever realized this before, but verse two packs a heavy punch: "Every branch in me that does not bear fruit he takes away, and every branch that does bear fruit he prunes, that it may bear more fruit." Either way, things in our lives are going to be cut back. We often mistake closed doors and thwarted experiences as punishment or a heavy “no” from God. But not necessarily so. Even the most fruitful and hope-filled parts of our lives must be pruned by the Master vinedresser. The good gifts of God that are just beyond our might still be in the pruning stage. We need courage to acknowledge this, and humility to respond well.

None of this is by our own power. That is why I want to end with Jesus’ promise to His disciples in John 16:33: “I have said these things to you, that in me you may have peace. In the world you will have tribulation. But take heart; I have overcome the world.”

This reminds me so strongly of Aslan’s words to Lucy in the Voyage of the Dawn Treader, when everyone aboard the ship thought there was no hope: