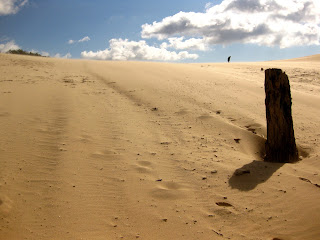 I don’t know about you, but this past week I’ve seen some dramatic reflections of God’s character in His creation. One might comment that this is how things ought to be. After all, the Lord created the world to illustrate His glory and establish a relationship with us. He took joy in designing the intricacies of every living thing and forming the void into a complex and beautiful landscape. But I think the more telling part of my observation is the fact that I noticed it. So often we are blind to what is right in front of us.

This past weekend I went camping with some friends. We go every year at this time—despite the threat of inclement and unpleasant weather—because we go to celebrate Sukkot. Sukkot is one of the three feasts the Lord commanded Israel to observe in the Old Testament. Sukkot means “feast of booths” or “feast of tabernacles.” It is a time to remember the Lord’s presence with the Israelites while they wandered in the desert and His desire to dwell with them. It is also a celebration of the harvest and the Lord’s providence. 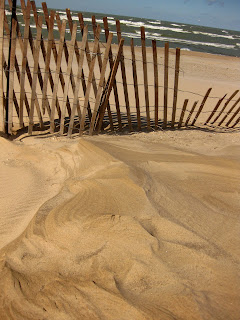 So it was half-way through Sukkot and we were camping, dwelling in the very temporary shelter of nylon tents. The first night the wind howled like I had never heard it before. It whooshed among the tall trees around us, filling the air with sound. Now, I love to camp. I love sleeping in a tent. But that night I could not sleep. I admit I was a little scared that a branch might break off and hit us, or that the tent fly would fly away . . . but then I realized I was too fascinated to sleep. The wind reminded me of God’s power, the strong force of His hand. And at the same time, His protection. I felt very much like an Israelite in the desert, fully dependent of God while being surrounded by things unknown. A powerful reminder.

The next morning, the wind was still as strong, but in the daylight it seemed less daunting. After a beautiful day (although we found out there was a wind advisory for the whole area), we went to bed that night not knowing what to expect. And something amazing happened. There was silence. Peace. Stillness. And then the gentle sound of rain. It reminded me of that passage in 1 Kings when God says to Elijah, 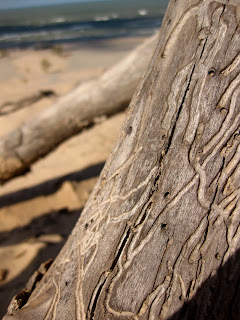 I wasn’t able to read those verses till I got back on Sunday afternoon, but they still resonated. I know there is more back-story and context for this passage, but I take such comfort in verses 11-13. How many times do I feel like I’m yelling to myself, “What are you doing here?” It reflects doubt and uncertainty. But when the Lord asks the same question with a gentle whisper, how should we respond?

We so often desire for the Lord to speak in flashes of light and a thunderous voice; for the answers to life’s questions to be apparent and pronounced. God does send the strong, loud winds to speak to us, but their message is not always what we wish. Wait and seek the stillness this week. Allow God to whisper His peace and direction into your life, as only He can.
Posted by Rebecca at 6:40 PM No comments:

Traveling Through His Mercy

“Not all who wander are lost.”

Deep in his beloved Lord of the Rings, J.R.R. Tolkien wrote these words about the mythical history of his imagined world. They are provoking words, pertaining to movement and hope—very appealing thoughts, in this stir-crazy world. 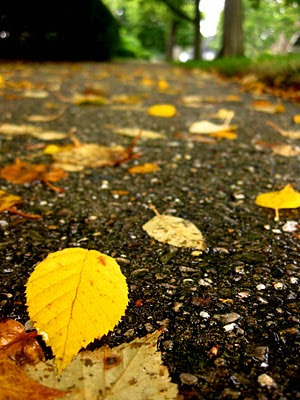 Oftentimes, the Christian life is called a journey. Some call it a walk. In his first letter to the Corinthians Paul calls it a race. I think that many of us travel the Christian journey at more of a wander than a sprint. Jonathan Wilson-Hartgrove, in his book The Wisdom of Stability: Rooting Faith in a Mobile Culture says, “Yes, we're on a journey. But not all movement is progress toward the Promised Land (Israel wandered in the wilderness for 40 years, after all). The difference between progress and wandering seems to depend on whether we can trust God to deliver us from bondage in the place where we are.”

This week I felt very much like I was wandering and very much lost. Tolkien’s words did not ring true. I did not feel like I was making any progress and I was definitely forgetting to trust God. I’m sure we all have days like that. But if you’re like me, that’s not much of a consolation. It took a long El ride on the Redline for me to remember that God never promised to remove us from hard situations. Like Wilson-Hartgrove points out, His promise is to “deliver us from bondage” no matter where we are. That bondage, as much as we wish otherwise, is sin and its effects on our lives.  Without release from that sin (by the power of Jesus’ sacrifice), we will remain lost.

Thinking of bondage and releasing brought an image from Scripture to mind: that of Abraham and his son Isaac. In Genesis 22, Moses recounts the story:

1After these things God tested Abraham and said to him, "Abraham!" And he said, "Here am I." 2He said, "Take your son, your only son Isaac, whom you love, and go to the land of Moriah, and offer him there as a burnt offering on one of the mountains of which I shall tell you." 3So Abraham rose early in the morning, saddled his donkey, and took two of his young men with him, and his son Isaac. And he cut the wood for the burnt offering and arose and went to the place of which God had told him. 4On the third day Abraham lifted up his eyes and saw the place from afar. 5Then Abraham said to his young men, "Stay here with the donkey; I and the boy will go over there and worship and come again to you." 6And Abraham took the wood of the burnt offering and laid it on Isaac his son. And he took in his hand the fire and the knife. So they went both of them together. 7And Isaac said to his father Abraham, "My father!" And he said, "Here am I, my son." He said, "Behold, the fire and the wood, but where is the lamb for a burnt offering?" 8Abraham said, "God will provide for himself the lamb for a burnt offering, my son." So they went both of them together.
9When they came to the place of which God had told him, Abraham built the altar there and laid the wood in order and bound Isaac his son and laid him on the altar, on top of the wood. 10Then Abraham reached out his hand and took the knife to slaughter his son. 11But the angel of the LORD called to him from heaven and said, "Abraham, Abraham!" And he said, "Here am I." 12He said, "Do not lay your hand on the boy or do anything to him, for now I know that you fear God, seeing you have not withheld your son, your only son, from me." 13And Abraham lifted up his eyes and looked, and behold, behind him was a ram, caught in a thicket by his horns. And Abraham went and took the ram and offered it up as a burnt offering instead of his son. 14So Abraham called the name of that place, "The LORD will provide"; as it is said to this day, "On the mount of the LORD it shall be provided."

This passage of Scripture is read each year during Rosh Hashanah, the Jewish New Year. As a fresh year begins and God’s people are yearning to be written in the Book of Life, it is a story that reminds us of God’s mercy.  And we are all very much in need of God’s mercy. Without it, we are bound like Isaac and awaiting death.

Abraham was not wandering when he took his son up to the mountain. He was not lost. But he was at the mercy of His Creator. He was following instructions, relying on the covenant God had made with him. For in Genesis 15 God promised Abraham that his descendants would be as many as the stars in the heavens. At that moment it looked like this promise was about to literally go up in flames. But with great faith, Abraham trusted in the Promiser, Himself.  He believed in God’s deliverance and walked according to that belief. He had no idea what was going to happen but assured his son, “God will provide.” And God provided. An angel stilled Abraham’s hand. A substitute became caught in the bushes. Isaac was released from his bonds. A right and true sacrifice was offered in his stead.

We are on a similar journey, moving from situation to situation, called and nudged to go here or there. And yet we so often wonder if we are lost or making progress. Fortunately, this passage of Scripture reminds us that God is a God of mercy. Whether we are in the “desert” or moving towards the “Promised Land,” may we have the faith to daily hear and obey the One whose promises are true.

Posted by Rebecca at 9:03 PM No comments: