Historical Drama and it's Impact on Perception 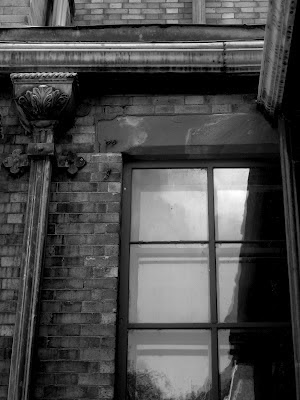 Unlike routine bloggers, I unfortunately fall into the tendency of thinking that everything I write must be amazingly well-thought-out and brilliantly impactful. Because of this, I haven’t written in quite some time. I apologize.

If you’re anything like me, you’ve probably jumped headlong onto the Downton Abbey bandwagon. I began watching the British mini-series last season with some trepidation. Masterpiece Theatre puts on great period dramas, but an original storyline? How will it live up to the likes of Sense and Sensibility or Cranford? But my hesitation fell away by the end of the first season. In the final episode of Season 1, when Lord Grantham announces that the country has gone to war, chills flew up my spine. This show was going to tackle some real life, messy history! And so I readily anticipated the second season.

Somewhere in that year long wait, the world fell in love with the epic struggles and joys of “upstairs-downstairs” life at Downton Abbey. I admit to my share of celebrity-based “research” online. But what really gets me is the history. Name-dropping the demise of the Titanic in Season 1; the entrance of Mr. Bates, Lord Grantham’s batman in the Boer War; the outbreak of the Spanish flu, better known as the 1918 endemic.  Or how about the undertones of the women’s suffrage movement and changing social norms? Yet the greatest historical element in this multi-character drama is World War I.

Here in the United States, we know next to nothing about the First World War. To us, it is not the “Great War.” After all, we joined the struggle nearly four years after the war began. And the history books don’t focus on the conflict like it’s our story to tell.  But it is a fascinating era of history! 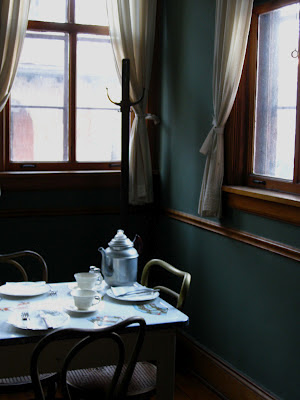 On Sunday afternoons I am a docent at the Evanston History Center, located in the Charles Gates Dawes House. The grand chateau-esque mansion holds much of the family’s history, but also tells the story of elite American life in the early 1900s. In 1917, when the United States entered the war, Mr. Dawes went to Europe as a Brigadier General, working with the Allied supply lines. Back in Evanston, his wife and family worked tirelessly for the war effort, knitting socks and preparing packages for the soldiers far from home. Much of what I know about World War I on the home front, I know from the Dawes House.

Four and a half years. 1914-1918. That’s all. But it was enough time to change the face of the world. The war brought about great advances in technology, military and otherwise. By the end of the war, four empires and four dynasties had been destroyed. Millions of soldiers and civilians were left dead, millions more were left disabled, seriously injured and psychologically traumatized. Gender norms were questioned. It seemed like a whole generation of women either lost their husbands or would never marry. Spanning across almost every continent, the war left countless homeless and starving refugees and orphans in its wake. Illness and economic distress spread, becoming a pandemic that would kill more than the war itself. Every facet of social, cultural, and economic life was affected in some way.

In addition to Downton Abbey’s survey of the war, I’ve been reading a historical mystery series about the interwar years in England. Jacqueline Winspear’s Maisie Dobbs is superb! If you are at all interested in woman detectives, war history, and life in England, this series is a must read. As a literary expert on the Great War and the interwar period, Winspear has been asked to respond to the Downton Abbey trend. In a radio spot for the Southern California Public Radio, Winspear called the Great War the “end of the modern age”, a “clash between the old world and the new.” In both the radio interview and an article written for the HuffingtonPost, she counters Simon Schama’s attack of the historical drama by reminded us that Downton Abbey is in fact fiction. It is a story that gives us a lens through which to look at war (and the whole history of that time period, for that matter), acting as a “benchmark for our actions now.” She observes that we are drawn to the story because of its sense of order. We are so curious about this old lifestyle that was shaped by so much structure and protocol. It’s refreshing to have someone so immersed in the world of historical fiction to acknowledge and even encourage our enjoyment of this popular trend. 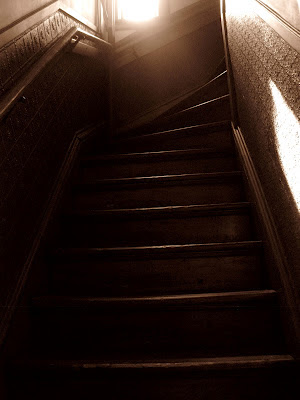 Anyways, all this talk of war and how it changes people has made me want to understand the period more. In my own family history research, I’ve turned my focus towards those who may have been involved in the war. Over Christmas, I was able to start looking into my paternal grandmother’s side of the family. As a result, I was given the beautiful gift of a six-month subscription to Ancestry.com. (Best gift ever!) So I’ve been centering my attention on the Cutts, Averys, and Butzbachs. Pretty fun stuff. (Especially because the Averys were English—records are so easy to find for the English. I found ancestors all the way back to the 1500s.)


As for my WWI search, it has been a little slow going. I’ve found war registration cards for some great- and great-great grandfathers, but registration forms don’t necessarily mean that the enlister was sent to war. It’s possible they weren’t eligible, due to age or physical well-being. And so my search continues. On the other side of the family, however, I know my maternal great grandfather (my grandma’s birth father), Nathan Raichlin, died as a result of the 1918 influenza pandemic. They were living in Montreal, Canada at the time. I don’t know if he was ever in the war. It’s possible he simply caught the flu as the soldiers were returning home. I may never know.

So those are my thoughts on Downton Abbey and World War I. They’ve been stewing in my brain for a while. What do you think?
Posted by Rebecca at 10:53 PM 1 comment: