A Reflection on American History

This blog post has been stewing in the back of my brain since yesterday at approximately 1:30pm, when I went to go hear the Grant Park Music Festival's Independence Day Concert. There was this riveting compilation of songs from across the United States entitled "Sea to Shining Sea." Showcased were arrangements of pieces like "Meet Me in St. Louis", "Chicago", "Tennessee Waltz", and "New York, New York." And I thought to myself, what an amazing way to tell the history of our nation. 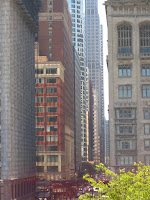 It's an oddly known fact that I, the neighborhood history nerd, once used to believe I did not like American history. I'm sure I even spouted it out loud once or twice to an unsuspecting family friend who simply wanted to know what I was going to be studying when I went off to college. I wasn't trying to be pretentious or anti-patriotic, I just didn't really appreciate the American history I'd learned up to that point. You probably didn't either . . . all that confusing jargon about the Constitution and jumbled politics, not to mention all those dates. . .

I may be exaggerating a bit. Because there were definitely units I loved--especially when Social Studies and English got to hang out together and our assignments would involve writing stories about specific periods in time. Or when I was reading books on my own like Little House on the Prairie. I guess what I really didn't like was the way classroom textbooks taught history, not the history itself. I knew that I didn't particularly thrive under that type of learning. I wanted to learn about what life was like "back then". 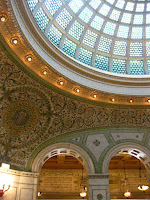 So I made up my mind somewhere between my freshman and senior year of high school that when I went to college to study history, I was not going to focus on American history. Ideas like archeology and Biblical history popped into my head, or maybe I would study world history in general. I was a little confused, but then again I was only 17. As you can imagine, my plan did not work out so well, seeing as the school I got into didn't have Biblical history or archaeology primary fields of study--and it was a requirement to take at least two U.S. History courses.

So as I sat listening to lectures about colonization, war, reconstruction, expansion, immigration and progress, something amazing happened. I realized that I did in fact love America's history. Real life people were the ones who traveled to and inhabited the far corners of this country. They were the ones who created and thwarted events; sought out new ideas and innovations. Those dates, institutions and political mandates that I so disliked are really only the periphery of history. The finding and telling of the stories in between--that is what I thrive upon. 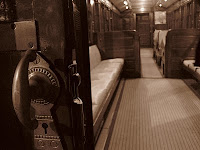 And that is why I chose Public History. I want to help share those stories and show people--especially children hemmed in by classroom textbooks--what is really exciting and invigorating about studying the past.

So Happy Independence Day, my friends. Take a moment to think about the real life people who came before us and paved the way for the liberty we get to experience today.
Posted by Rebecca at 7:16 PM No comments: